Dave Ramsey vs Robert Kiyosaki – Who Should You Listen To?
June 21, 2020byjeff@debtfreedr.com

Dave Ramsey vs Robert Kiyosaki – Who Should You Listen To? Dave Ramsey vs Robert Kiyosaki – Who Should You Listen To?

If you’ve been following this blog for awhile then you’re aware that we used Dave Ramsey’s Baby Steps to become consumer debt free after racking up close to $300K in student loan debt.

The financial principles he teaches are important, especially for the masses. But with anything I read or people I listen to, I also form my own opinions (especially the older I get).

The first 5-7 years after training I’ll admit… I was a hardcore Dave Ramsey fan. And I still to this day recommend those starting out read his Total Money Makeover book.

I’m going to dive into his specific recommendations shortly but also wanted to compare him to another popular financial guru, Robert Kiyosaki.

Robert’s strategy is polar opposite of Dave’s. Where Dave is anti-debt, Kiyosaki is all for it when used wisely to build wealth.

Let’s break down each one’s point of view regarding finances and then you’ll be able to decide which is the best for you.

If you don’t know much about Dave Ramsey then listen to a few callers on his radio show and you’ll soon realize what he’s dealing with. The majority of the people he talks to are in pretty bad shape.

At first I didn’t realize why he ALWAYS recommends people to cut up their credit cards. But the more I listened to the caller’s stories, the quicker I knew why.

I once heard someone ask him what they should do as no matter what they tried with money, they stayed broke. Long story short, they owed $48K on their trailer, $35K on their cars, had $12K of credit card debt but were clueless in where to start cleaning up their mess.

As you can see, these folks need MAJOR help.

In my mind, when I first started practicing, I felt I was like some of his callers. They were messed up with debt and I had debt so hey, we were the same.

After a few years of making a decent income, digging out of debt and investing along the way, the light bulb went off. I thought, “Hey Jeff, you’re not in such a bad position after all.”

But as a loyal Dave follower, I stuck with his seven baby steps (especially the debt snowball) until I realized that I needed more to do (I’ll discuss that shortly).

Dave states that if you don’t know where you’re money is going, then who does? Honestly, we’ve never had a set budget mainly due to our frugality.

But we did revert to a VERY strict one during the pandemic as dentistry in Louisiana was basically shut down for two months.

The amazing part of getting on the COVID-19 budget was just how little we needed to live on plus how much wasteful spending we’ve been doing for years.

I’m going to have to side with Dave on this one. No matter your income, it’s always a good idea to operate on a budget.

Dave has now started to focus on teaching debt-free folks how to become millionaires.

He often quotes the book, The Millionaire Next Door. And one of the main traits of all “average” millionaires is frugality.

“Being frugal is a must,” says Dave “if you want to have a seven-figure net worth.”

I have no issue living frugally but I also believe that you don’t have to be frugal in order to build wealth.

If you’re a high income earner, you should be able live life like you want (frugally or not) and still get rich.

As previously mentioned, Dave’s message is targeted to the general public.

Research shows that over 40% of Americans can’t cover a $400 emergency.

It’s safe to say that most people lack financial discipline so the idea of cutting of credit cards is good advice.

Occasionally someone will ask him about using credit cards to get “reward points” and Dave usually shoots them down with saying that “he’s NEVER heard of someone reaching millionaire status on credit card points.”

Dave recommends starting off by saving $1,000 in an account that is earmarked for emergencies only.

This amount is a decent goal for most as it’s enough to give some peace of mind without feeling overwhelmed.

The COVID-19 pandemic taught many people exactly WHY an emergency fund is needed. Dave recommends bumping up the emergency fund to cover 3-6 months of expenses after getting out of debt.

After listening to Dave’s show, it certainly doesn’t take long to hear his stance on debt. He despises it and often quotes Proverbs 22:7 – “The rich rule over the poor, and the borrower is slave to the lender.”

His failure (bankruptcy) in the past was the catalyst to become debt-free and NEVER use it again.

He gets what it feels like to be up to your eyeballs in payments wondering how and where to start the process of paying them off.

This is one of the main differences of Dave Ramsey vs Robert Kiyosaki.

Dave suggests investing 15% of your household income into Roth IRA’s and pre-tax retirement plans or at least enough to get an employer match.

He recommends mutual funds and one of the biggest debates that comes up is that he tells folks they can expect to earn an average of 12%.

I’ve been investing in Vanguard Index funds for over 15 years and have never gotten those kinds of returns.

Maybe Dave knows something that I don’t?

When I first began educating myself about real estate, I decided to attend a handful of live events including Freedom Founders which  mainly focuses on dentists.

That meeting, and a handful of others, helped me realize that I needed to set specific goals about what I wanted out of pursuing passive income.

I quickly realized that I did NOT want a second job (dentistry is enough!). So that scratched the thought of becoming an active investor which would have involved becoming a landlord, locating properties, maintaining them, finding tenants, etc.

One of the issues that was holding me back was that Dave’s principles were ingrained in my head, “don’t acquire more debt.” But I had to keep an open mind so I began reading books and came across Robert Kiyosaki, the Rich Dad Poor Dad guy.

When I began reading his material, I quickly realized that there was someone out other teaching the exact opposite of Dave.

But I want to be honest with you. When I initially started reading books that taught the opposite of what Dave teaches, I began suffering from selective distortion.

Selective distortion involves the tendency to interpret information in a way that will support what someone already believes.

For me, when I first began to come across views that went against what Dave teaches, I immediately thought they were wrong.

This is selective distortion at work. Sometimes this makes people think that who they listen to or support is the ONLY way and everyone else is inferior.

Have you ever suffered from this? Most have.

#1 Focus on assets, not liabilities

At lunch recently, the topic of money was discussed as our 15 year old is working full time during the summer break. When I asked both him and his 13 year old brother about what it takes to become wealthy, the 13 year old stated that we should buy stuff that makes us money and not stuff that takes money away.

He gets it more than most adults! This is one of the main focuses of Kiyosaki’s teachings as well.

In Rich Dad Poor Dad, he states “You must know the difference between an asset and a liability, and buy assets. If you want to be rich, this is all you need to know. It is rule number one. It is the only rule.”

Kiyosaki is all about becoming an entrepreneur. There are many advantages to owning your own business including working on your own terms and using tax advantages that you couldn’t otherwise as an employee.

He learned this from his “rich dad” that owned a construction company whereas his real dad or “poor dad” was an employee.

Quite possibly the biggest difference of Dave Ramsey vs Robert Kiyosaki has to do with debt.

While they both agree that we should avoid consumer debt (credit cars, cars, boats, etc.), Kiyosaki recommends that “good” debt is OK if used wisely.

He goes on to say that we should only consider using this “good” debt after we’ve received enough financial education to prove we know what we’re doing.

I couldn’t agree more especially when it comes to investing in real estate. Just because you have a medical or dental degree, doesn’t automatically guarantee success in unchartered territories regarding investing.

#4 Learn from your mistakes

Look, we ALL make mistakes. I make them on a weekly basis. Just ask my wife!

Mistakes act as a guide in life to keep you pointed in the right direction.

For instance, I thought I knew what I was doing when I first started investing in real estate. A deal fell through that showed me that I had no business being involved as I was clueless at that time in my career.

I used to pick out deals to invest in like I was shopping online. The ones with the best looking pictures and supposedly highest returns would win. That’s it. That’s used to be my investing strategy!

That mistake pushed me harder to not only learn for myself but teach others what to avoid.

Kiyosaki and Grant Cardone have a similar stance on home ownership. In my article, Grant Cardone’s 9 Money Rules, rule #4 was:

Rent and lease, don’t own.

Neither agree that having money sitting “dormant” in a home does any good. Their thinking is that if you have $300,000 in home equity paying 3.5% or even worse, a paid for house paying nothing, then deploy that into something that is going to pay you.

#6 Use the tax code to your advantage

I rarely, if ever, here Dave mention anything regarding taxes. Especially when it comes to investing into assets that can bring you tax advantages.

Kiyosaki, on the other hand, is much different. One of his main driving points for real estate investing is to take advantage of all the tax advantages the IRS gives you.

Here’s What I Recommend

Dave Ramsey vs Robert Kiyosaki – which is best?

Personally, I feel that both are right depending on what stage of life you’re in.

Remember, both of their teaching philosophies are for two dramatically different groups of people.

If you’re fresh out of training with a high debt load and need guidance, Dave’s your guy. Again, he helped us develop a game plan to pay off some $300K of student loan debt.

Also, if you’re the type of person that thinks income = wealth and live ABOVE your means, then again, Dave’s your guy.

Now when you get to the point where you’re consumer debt-free then it’s time to really start building WEALTH.

It’s at this point you should consider listening to Kiyosaki or someone like him.

He’s big into diversification, specifically in assets that provide long-term gains and MOST importantly….CASH FLOW.

Who should you listen to….Dave Ramsey vs Robert Kiyosaki?

Are You Ready For Extra Cash Flow?

2 responses to “Dave Ramsey vs Robert Kiyosaki – Who Should You Listen To?”

Great article! I feel like this is exactly me right now, haha.

Thanks for the blog!

Great article, as it really explains the differences between these two financial mindset! 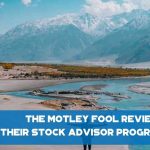 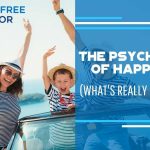