I’ve been wanting to write a Dave Ramsey Total Money Makeover review for several months now. Two of the most popular finance gurus these days are Dave Ramsey and Suze Orman.

Suze is known for several books including, “The Money Book For The Young, Fabulous, and Broke” and for telling people, “A big part of financial freedom is having your heart and mind free from worry about the what-ifs of life.”

Once I completed training to become a financial coach through the Dave Ramsey Master Training Program, the group sent me multiple copies of two books to distribute to coaching members:

Years ago when I first found Dave on the air, I immediately purchased his best selling book, Financial Peace. It’s one of the reasons I was able to get rid of the mountains of student loan debt I’d acquired from both dental school and residency.

I felt a bit guilty for not having read one of the books Dave’s best known for so today I’ve set out to write a Dave Ramsey Total Money Makeover Review.

If I had to write one sentence to summarize the Dave Ramsey Total Money Makeover review article, it’d be:

One you read the book, it encourages you to challenge yourself to getting your financial affairs in order.

The key word is “challenge.”

He goes as far as telling you to, “find a mirror” and realize that the real challenge is the person in the mirror, “you!” You’re the problem with your money.

Buying “get rich quick” programs aren’t the answer; you are.

After thinking about the person in the mirror, I couldn’t help myself: 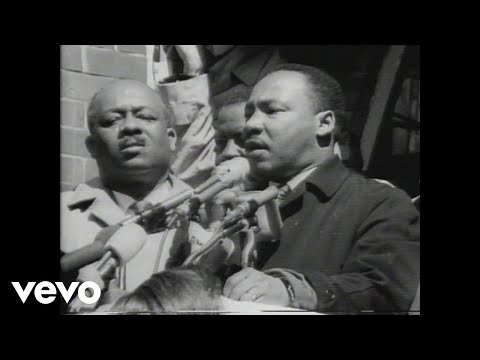 He states that, “Winning at money is 80% behavior and 20% head knowledge. What to do isn’t the problem; doing it is. Most know what to do, but we just don’t do it.”

This isn’t any different than what it takes to lose weight.

We all know what to do: exercise and consume less calories, but most don’t do it.

What makes this book stand out from many other personal finance books I highlight in the Recommendations section is that it’s written in the “self-help” style.

It’s an easy read and combines:

If every medical/dental student would read it while in school, the amount of student loan debt paid off rapidly would be astronomical.

The book highlights many real-life success stories of ordinary people that have used Dave’s system to:

The stories are very inspiring and show that his methods actually work. Throughout the book, Dave makes it clear that chasing money for money’s sake is not the goal. He teaches that the real reason for gaining wealth is to be able to help others.

Dave’s “no debt” mentality and this philosophy shines through the pages of the entire book, especially in the first five chapters.

1. Denial that nothing is wrong with your finances.

When other people know you have a problem but you don’t think you do…then you have a bigger problem.

A major reason people refuse to change is that they refuse to accept they’re in trouble.

Accepting that you have financial problems is hard. It’s even harder when you have a big doctor income. Unfortunately, most docs don’t fully accept that they have money problems until one day they wake up and realize that:

Being in “denial” with no goals of improving their financial lives will never lead to freedom.

2. The myth that debt is good.

In this chapter, Dave tells us that we’ve all “been lied to.” We’ve been sold on the idea that credit card debt is normal and you need to use credit cards to build up your credit.

One of the first times I heard his radio show, he told someone that they should sell their car (which they were upside down on), and save up $2000 to pay cash for a used one. Not everyone has to have a car payment. Here’s an example, from the book, that what a car payment costs you:

Most people have a car payment their entire lives.

I get that finding a fund that pays an average of 12% is next to impossible. But if you invest in an average index fund that earns half of that, then you could be throwing almost $3 million down the drain to have the pleasure of driving around your whole life in a new car.

In today’s world of “instant gratification,” we want what we want yesterday. I get it. I’ve had car fever before but had to put it off until I saved enough to pay cash for it.

Dave believes you should never leverage debt for wealth.

3. The myth that money is the solution to all your problems.

This chapter deals with the common money myths and reminded me of:

It doesn’t say money itself, but the love of money.

Money can solve all the problems life throws our way, but it can make it easier if we know how to use it wisely.

Ramsey believes it’s 100% your responsibility to educate yourself on money issues. I couldn’t agree more.

4. Financial ignorance – another hurdle to cross

Ramsey states that ignorance is NOT lack of intelligence; it’s lack of know-how. No one is born with the knowledge of how to handle money. Most people that are experiencing financial strain claim the reason is that they’ve never been taught what to do.

This doesn’t mean they’re dumb, it simply means that have to learn how to manage their money. Just like great marriages don’t just happen, the same is true with wealth…in order to build it, you must learn how to do it.

Unfortunately, our public education system has done a poor job of teaching our kids how to handle money before releasing them out to the real world. Unless they have financially-savvy parents, they grow up ignorant on how to manage their finances.

Check out this related article: 7 Ways To Teach Kids About Money

5. We have to try to keep up with the Joneses

Too many young doctors are killing their net worth due to financial peer pressure. The need for approval and acceptance drives us to do some really dumb things with money.

It seems as if we spend more time, money and energy trying to keep up with others than we do appreciating what we have. This is especially true with social media.

Facebook, Instagram, etc makes it hard to not want to buy what others have or travel where others have been.

Trying to appear wealthy to others is not a habit of the average millionaire that Dr. Tom Stanley found in his book, The Millionaire Next Door. He noted that if someone wants to be rich, then they should study the habits and value systems of the rich.

He also found that most millionaires surveyed for the book never possessed the need for approval and respect from others based on what they owned.

Bottomline: If you try to keep up with the Joneses, realize that the Joneses are broke!

The remainder of The Total Money Makeover outlines Dave Ramsey’s plan for getting control of your finances in something he calls the “Baby Steps.”

Here’s an overview of the baby steps: 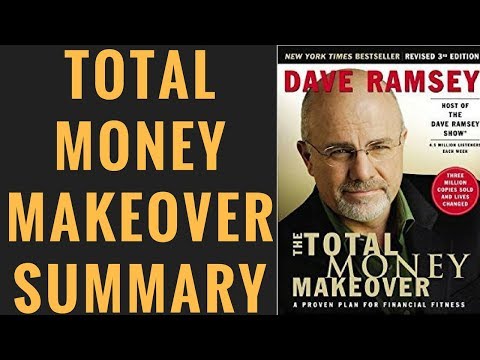 I’ve discussed the steps before in a previous post, but I’ll go over them again for a quick review. Zig Ziglar, “If you aim at nothing, you’ll hit it EVERY time.” This was one of the short term financial goals previously discussed.

The Total Money Makeover suggests that before you start on your journey of becoming free of debt, starting an emergency fund is a must.

It’ll save you from getting into more debt when (not if) you have a money crisis.

I realize that $1000 isn’t much to cover emergencies long-term, but it gets the ball rolling towards financial freedom.

2. Pay off all consumer debt with the Debt Snowball method This step is where most people struggle as it’s the hardest yet most important of the seven steps.

Here’s an overview of the Debt Snowball:

It makes more mathematical sense of paying off the highest-interest debt first in order to save money. But Dave states that the psychological boost one gains by paying off a smaller debt first provides momentum to keep going.

He also recommends that you don’t make any retirement account contributions until your debt is paid off which includes 401k match contributions.

This is where Dave and I part on our thinking. As doctors, time is limited as we get a much later start working than most people.

Doctors make too much starting off to not take advantage of investing and utilizing compound interest.

3. Save 3-6 months of expenses in an emergency fund

After you’ve become consumer debt-free, it’s now time to finish funding your account you started in Step 1 earmarked for emergencies.

Dave suggests that you need at least 3 – 6 months of expenses saved but it all depends on your risk tolerance.

If you’re in a stable job, then 3 months may be enough.

Again, it boils down to personal risk tolerance. For our family, I felt we needed a full 12 months of expenses saved as you never know what the future has in store.

Dave suggests investing 15% of your household income into Roth IRAs and pre-tax retirement plans. Some think 15% is not enough but you have to realize who his target audience is.

As doctors, try shooting for investing at least 20% or more of your income.

5. Save for children’s college Here’s a step that is often started before Baby Step 4. I see too many parents begin saving for their kid’s college tuition BEFORE they invest for retirement. Maybe they feel a bit guilty?

Parents must realize that if they aren’t financially secure enough to pay for college, then their kids must fend for themselves.

There’s nothing wrong with them working while going to school. I mowed lawns and I turned out halfway decent.

Dave suggests two ways to save for kid’s college:

I go into more detail of both accounts in: “Coverdell ESA vs 529”

6. Pay off your mortgage early

Once someone reaches Baby Step 6, they’ve accomplished the following:

Baby Step 6 is all about making extra payments towards your home mortgage to pay it off as quickly as possible.

Dave feels that the only type of debt that he is “for,” is a home mortgage, but if you can save up and pay cash, that would be better.

7. Build massive amounts of wealth and give back

Baby Step 7 is to accumulate wealth and give back.

One of the best lines in the book goes something like this:

I loved the inspiring stories of the families and individuals who’ve completing changed their financial future using The Total Money Makeover.

These people have come from all different walks of life and it’s hard to not relate to some of them.

The book lays out each of the seven steps in a way that you can easily take action. It’s practical, simple to follow and also addresses any myths or resistance you may have.

Along with actionable advice, there are plenty of worksheets to help you figure out your own situation. The sheets can help with:

I highly recommend this book but realize that personal finance is personal. Everyone is different. People are successful when they find what works for them.

Other reviews for The Total Money Makeover: