The #1 Reason Why The First Million Is The Hardest
February 5, 2019byjeff@debtfreedr.com

The #1 Reason Why The First Million Is The Hardest For some reason, I’ve been on a kick lately researching millionaires, specifically, what it takes to become one. One phrase that has popped up several times during my research was: “the first million is the hardest.”

If you’re a doctor reading this, listen up. These next few paragraphs will hopefully open your eyes and motivate you to stop what you’re doing and take a good hard look at your finances (and future). Once you hit this first milestone & bank your first million, it’s easy sailing in the future.

The Difference Between Wealth and Income

I was at a hunting club recently speaking with a friend of mine who happens to be a financial planner. We got to talking and I mentioned that I started this blog last year and how it’s geared towards helping other doctors become debt-free and financially independent.

He told me that they had a doctor client just last week call them wanting to take out a sizable chunk from his retirement account. When I asked him why, he said, “Because he can’t make his debt payments even with his million dollar income.” Geez…..

I go into more detail about this in the post: The Difference Between Rich And Wealthy – Does Money Make You Rich?

Starting Off In A Hole

For most doctors, myself included, debt is the number one reason that keeps us from becoming a millionaire early on in our careers. Honestly, when I started practicing, shooting for a seven-figure net worth was the last thing on my mind.

I had dug a hole of student loan debt of over $250K. Adding in the mortgage and other business debt, it was well over $500K from the get go. Unfortunately, for most of us that choose to go to medical/dental school, taking out loans to fund education is the norm. Looking back now, I’d still say it was well money spent (borrowed).

Hard To Get Started

One of the biggest obstacles to having $1 million in the bank is the slow rate at which people save early in life. Especially doctors. It’s like we are holding our breath for 6-8 years post college during training and once we get that diploma, we exhale and want everything a doctor should have right away. This is something Dave Ramsey calls Doc-itis.

I know what you’re thinking. We should live like a resident for 4-5 years after training, pay off debt then be on the road to wealth, right? Unfortunately, for many of us, this falls on deaf ears.

Then one day you look up after 10+ years in practice & realize that you still have a negative net worth and wonder if you’ll ever have a million saved.

Remember, the first million is the hardest.

Here’s what can happen. Docs get in over their heads. Even though the income stream is high, the debt payments are even higher. Guilt of not saving enough starts to seep in and they think that saving $10,000 or $15,000 a year will do the trick.

Saving that amount would take that person over 66 years to build $1 million with no interest or compounding. Who wants to wait that long?

After watching, he taught me 7 Lessons that can be found HERE.

One of the lessons (#2 on my list) had to do with the power of compounding and how money works.

The show stated that most of his wealth happened after he turned 50. That’s right, after 50. This was mainly due to the solid foundations he put into place early into his 20’s, 30’s and 40’s. He actually started investing when he was in high school. On the graph above, we see that Mr. Buffett hit the one million dollar mark at age 30 (10 years before yours truly). Look at how quick that amount more than doubled to 2.4 million (age 33).

Now I realize that most reading this don’t have the amounts of money to invest as he does but I think you get the point.

Just How Long Does It Take?

Let’s take a look at a few scenarios of how long it would take to hit the 1M, 2M & 3M dollar mark with regards to the amount contributed each month and varying degrees of return.

These charts come from our friends at the Motley Fool.

What these charts mean is that you can go from $0 to $3 million investing as little as $1,000/month (hopefully you’ll save more) somewhere between 30 and 38 year depending on your rate of investment returns.

The results show that the majority of time is spent getting to that first million. Once you hit that milestone, compounding really takes over to help you reach the next million.

Why the First Million is the Hardest

Here’s the reality. When you start with $0 in the bank and want to go to million, then the only contributor to getting there is what you’re saving. Don’t get overwhelmed. Start off by making short term financial goals before moving on to long-term ones.

Once you have one million dollars saved, then you have the power of compound interest working along with your savings to hit your next million.

Here’s another method of easily calculating your investments. It’s called “The Rule of 72“. Simply put, it’s how long it will take you to double your investment at a specific fixed interest rate.

Have you read “The Millionaire Next Door” or Chris Hogan’s new book, “Everyday Millionaires“? Both highlight what “everyday” regular folk millionaires look like.

Most featured in both books never made more than $100K/year (much lower than most docs make). They were financially disciplined, lived on less than they made, and consistently invested each month into their company’s retirement account.

Getting there didn’t happen overnight (average age = 49 y/o). But their chart of investments had the same huge spike as Warren Buffett’s above.

Their amount of money saved grew slowly, year after year, until finally (Boom!) it ramped up sparked by compound interest.

I love how The 700 Club host Pat Robertson ($100M net worth) describes these “everyday” people in this video explaining the Rule of 72:

BTW: Did you hear what he called consumer debt? – financial suicide.

Didn’t I tell you I was going to make you take a hard look at your finances?

It’s true that it’s easier for the rich to get richer. That first million is by far the toughest to save. But once you’re there, it gets much easier to make the next million. The key is getting to a point where your money is making money whether you are working or not.

The main reason I wrote this was to hopefully inspire you. Doctors make too much money to NOT become millionaires quicker than the “everyday millionaire”.

Focus on getting rid of consumer and student loan debt as quick as possible then sit back and watch what the magic of compound interest will do to your savings.

It really is true that there is a financial tipping point and you just have to get there. Similar to going up a huge hill on a bike. After you hit the top you get to coast down and enjoy the ride.

I noticed this with my life. Each million came quicker, until the 2008 crash. Then the next million took a while. Love this peice. Look for in in Moday’s Fawcett’s Favorites. 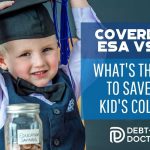