Is there really a difference between rich and wealthy? There is but it seems that most don’t know what that difference is.

According to a recent survey, investment firm Charles Schwab asked 1,000 Americans, “How much money would it take for you to feel rich?”

For them, being wealthy meant:

And almost half of those surveyed felt that saving money and investing was the way to achieve their definition of wealth.

Does money make you a rich person? 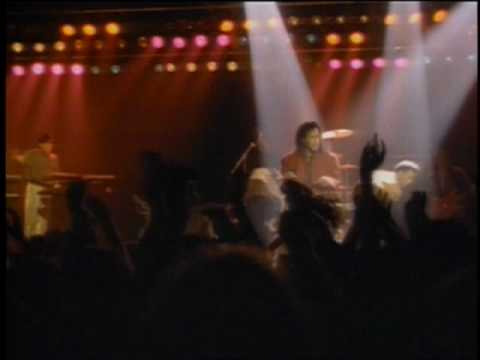 “I want money, lots and lots of money. I wanna be rich.” – Calloway

While writing this, Calloway’s one hit wonder popped into my head. According to the lyrics, a lot of people wans lots of money to make them rich. But will it REALLY help them become wealthy too?

Most people think that being rich and wealthy are the same thing. According to real estate guru Robert Kiyosaki, there is a difference between the two: “The rich have lots of money but the wealthy don’t worry about money.”

It seems that the results in the Charles Schwab survey above confirms that most people don’t understand what it means to be truly wealthy.

With the exception of the first two results, which centered around having more free time, the remainder involved liabilities like:

It seems that most people are confusing wealthy with being rich, that is with having lots of money to spend but no real financial freedom.

All Doctors Are Rich, Right?

In today’s society, those that are earning 6-figures or more are typically considered rich. How much of that you save and invest will dictate how wealthy you ultimately become.

Most think doctors are rich because they:

I know many white collar professionals (and you probably do too), that look rich while living high on the dollar. But behind closed doors, most of them are cash-poor with little assets to show for it.

Many doctors never accumulate “real” wealth as they start their careers later in life with huge amounts of student loan debt.

One of the best books that defines what true wealth looks like can be found in The Millionaire Next Door.

The authors, Drs. Stanley and Danko determined whether someone was wealthy or not was based on their net worth.

JL Collins’s, The Simple Path to Wealth, is another great book that gives guidelines to becoming wealthy.

For building wealth, he recommends:

The Difference Between Being Rich And Being Wealthy

The simple difference between a rich and wealthy person is that a wealthy one has sustainable wealth. In other words, a wealthy person will always be wealthy, whereas someone who is rich will only be so for a short period of time until the money dries up.

Another difference between the two is knowledge.

Wealthy people know how to make money whereas rich people only have money.

Once you know how to make money, you can build sustainable wealth. The money never stops coming (i.e. passive income) in even if you have a downturn in business or investments – You have the smarts to get it flowing again.

Ultimately, being wealthy means that you’re financially free — no matter how much money you make. You don’t have to worry about living paycheck to paycheck.

It’s not how much money you make that matters but how long that money works for you.

I could care less if people think I’m seen as rich or not. Designer clothes and expensive cars don’t mean a thing to me. Practicing stealth wealth has always been in my DNA.

For those of us with kids, we know how fast they grow up. Parents have a small window of opportunity to spend time with them until they’re gone for good.

I’m happiest spending time and creating lasting experiences with them than buying junk I don’t need.

For me, “wealth is measured in time, not dollars.”

One Of My Favorite Examples Of Wealth

You can do a quick Google search and find many examples of wealthy people who obtained their wealth through knowledge and valued it more than money. My favorite one can be found in the Book of Proverbs, with King Soloman.

You think Jeff Bezos is wealthy? King Solomon was extraordinarily wealthy and wise.

When he first became king, he was granted anything he wanted and he chose wisdom over riches.

In the Book of Proverbs, he lists wisdom and knowledge as the two most important gifts to ask of God.

Want to know how to acquire wealth? The same way Solomon created his: Through wisdom and knowledge.

Not sure where to start? I’ve put together a list of resources to help you on your journey to financial freedom.