Psychology Of Happiness – Can Money Help?

During the COVID-19 pandemic, our periodontal practice (along with all Louisiana dental practices) were mandated to shut down. Now granted we could still see emergencies but for the most part, we didn’t treat or see patients for seven weeks.

During that down time I was able to get a small glimpse of what retirement life might be like and also reflect on life and priorities.

Honesty, I thought our family needed much more $ to live on but I was wrong. Food, clothing and shelter costs were nowhere near what I thought which forced me to start paying more attention to our household budget.

The down time also allowed me to focus on what’s important and what’s not important. It also gave me time to realize what really makes me happy which encouraged me to do a little research on the psychology of happiness.

What we think makes up happy and what we strive for on a daily basis doesn’t make sense. I’ll explain shortly.

I’m currently coaching my son’s little league baseball team. One of the kids on the team is a friend of mine’s son, Andrew. You see, Andrew’s dad and I, Andy, used to play doubles together in a local tennis league.

Andy was diagnosed with stage 4 lung cancer at the age of 33. He never smoked a day in his life.

When the baseball league started this summer, Andy wasn’t doing well and unfortunately passed away a few days ago at the young age of 40.

I coached his son during his last night on Earth and it breaks my heart to know that he went home to see his dad for the last time.

“Have I not commanded you? Be strong and courageous. Do not be afraid; do not be discouraged, for the LORD your God will be with you wherever you go.” – Joshua 1:9

Initially, Andy was only given 6 months to live but several different experimental treatments allowed him to spend an extra seven years with his wife and three kids.

Each time I’ve walked out on to the ball field, his son reminded me just how precious life is. Whenever he stepped up to the plate, his dad wasn’t able to be there, only watching via Facetime.

If I had a difficult day at work, the only thing I had to do was reflect on Andy’s situation. It made me realize what was really important.

So why do we chase the things each day that we think will make us happy? Money? Fame? Material items?

Andy’s situation and our pastor’s recent sermon encouraged me to look into the psychology of happiness a bit further.

How To Think About Life

Our pastor gave a sermon during the pandemic that really got me thinking. He explained how a recent experience he had with completing a census card showed him how to start thinking about life.

He found an old census card with his dad’s name on it and noted it was strange to see that his dad was only 8 at the time. He had his whole life in front of him but had no idea how it would turn out.

What was really strange was that Bill, our pastor, already knew everything as his story was completed. Bill knew that his dad would fight in the Korean War, have three kids, live in Texas, retire and eventually pass away.

Viewing his dad’s life from beginning to end made him aware of how short our time on Earth really is.

What if instead of using a calendar to count UP our time, we used a scoreboard clock to count it down?

Think about how that would change your priorities.

Do you think that changed my friend Andy’s priorities?

The Psychology Of Happiness

What makes you happy?

Have you ever stopped and given thought to what really makes you happy?

What did King Solomon do?

King Solomon wrote the Book of Proverbs early in his life and Ecclesiastes later. He had EVERYTHING given to him that a person could possibly want.

From wisdom to riches, this guy had it ALL!

So he set out to find happiness and he ended up trying most of the things our society does today.

Intellectualism didn’t satisfy him so he moved onto pleasure. He had the best comedians and entertainers brought him to make him laugh. I guess I’d have started with Will Ferrell or Jerry Seinfeld myself.

He grew weary of being entertained and moved onto chemical pleasure. When that didn’t work he focused on materialistic pleasure next.

Ecclesiastes 2:4 – “I also tried to find meaning by building huge homes for myself and by planting beautiful vineyards.”

When the mansion and garden didn’t do it for him he moved on to women. Speaking of women, this guy had 700 wives and 300 concubines.

After none of those panned out, he stated in Ecclesiastes 2:11 – “But as I looked at everything I had worked so hard to accomplish, it was all so meaningless—like chasing the wind. There was nothing really worthwhile anywhere.”

The Pursuit Of Pleasure

Solomon realized that the pursuit of pleasure wasn’t all it was cracked up to be.

He experienced firsthand about the “Law of Diminishing Returns” which states that what WAS satisfying will NEVER stay satisfying.

For instance, in his pursuit of pleasure from chemicals, one high only lead to another and another, etc.

When he tried to find pleasure via materialistic means, he realized that enough is NEVER enough. He always wanted more. Sound familiar?

Why is that? Well Mr. Dave Ramsey may have an answer. He says, “We buy things we don’t need with money we don’t have to impress people we don’t like.”

This constant dissatisfaction pushes most to overspend and never be satisfied with how much money we make.

Whatever happens to us, more than likely we’re going to adapt to it, but you don’t realize initially that you will. This is the basis of the adaptation or hedonic principle.

This is why we expect a certain level of service when staying at resorts/hotels because we’ve adapted to the Ritz Carlton experience. 🙂

In the book, The Happiness Curve: Why Life Gets Better AFTER 50, author Jonathan Haidt states, “We don’t just habituate, we re-calibrate. We create for ourselves a world of targets, and each time we hit one we replace it with another. We keep aiming higher after a string of success, but we aim lower after a massive setback.”

If you make Hedonism your goal then pleasure will always allude you.  Pleasure is a byproduct of other things. When it becomes the focus it becomes unattainable.

In the long run, it doesn’t much matter what happens to you. This is the basis of the hedonic treadmill. We continue to strive, all the while doing things that we think will help us win at the game of life.

Ever feel like you’re the hamster on the wheel running and running and never going anywhere? Yeah, me too.

Haidt also states that, “We’re all stuck in a zero-sum game, a world in which rising wealth does NOT bring rising happiness.”

How Much Money Makes Us Happy?

You’ve probably read studies regarding how much money it takes to make us happy.

Actually, money is important to bring us happiness, but only to a certain point.

As stated earlier, I experienced this during the pandemic when we noticed that when our basic needs are met (food, clothing and shelter), we’re just as happy as before.

Most income studies tell us that we don’t need to make a million bucks a year to be happy.

Maybe you’d have skipped out on medical/dental school if you’d learned this sooner!

So if we’re only happy up until a certain amount, then what are we supposed to do?

It’s funny how God works. Well maybe “funny” isn’t the right word but during the several days I’ve been researching and writing this article, my YouTube subscription from the Dave Ramsey show entered the inbox.

The title of the video (9 min segment of the show) was, “Americans Have A Problem.”

Guess what that problem is? Living life to acquire stuff.

He also makes a point within the first two minutes that possessions that once brought him joy at one phase of his life didn’t later on.

I can certainly relate to this as there are many items (i.e. vehicles) that I thought were the most important thing at one time that aren’t now.

We’re seeing this same situation play out with our 15 year old and his new (used) vehicle purchase. He’s very excited and talks daily about the new stereo, tires and other bling items he can add to it.

For him, the 2004 Toyota 4Runner is his main focus. More than likely when he’s married with kids, he’ll move on to something else. What brings him joy now is probably not going to when he’s 35 with two kids.

This, to me, is how the psychology of happiness works. It’s an ever moving target that changes with life’s stages and circumstances.

If your life is geared toward the pursuit of pleasure then I’ve got bad news for you…you’ll never obtain it. Just ask King Solomon.

He had it all and was still ticked off!

The pursuit of pleasure (hedonism) is built on 2 things:

For those that are believers, we realize that the only way to become satisfied is from Christ and NOT from stuff.

Ecclesiastes 2:24 – “So I decided there is nothing better than to enjoy food and drink and to find satisfaction in work. Then I realized that these pleasures are from the hand of God.”

Stop living for yourself

Ecclesiastes 2:26 – “God gives wisdom, knowledge, and joy to those who please him.”

If you want to find TRUE joy and happiness then focus on others. Wait a minute Jeff. You mean building the dream home or traveling to Fiji isn’t going to bring me ever-lasting happiness?

The HAPPIEST people I know are GIVERS and live a purpose-driven life.

Have you ever given someone a Christmas gift that didn’t know you? It could have been a meal or a kid’s bike. Doesn’t matter.

How did it make you feel to see the look of surprise on their face? Were you happier serving that person rather than opening gifts Christmas morning? There’s only so many pairs of socks you can wear, right?

Remember, happiness is going to change depending on what stage of life you’re in. A child is going to care more about birthday gifts than when they’re older adults. Well maybe!

From a personal perspective, I’m MUCH happier on the giving rather than receiving end of stuff. How about you?

In the book, “The Geometry of Wealth”, author Brian Portnoy discusses how happier people live with a purpose. He teaches that the first step is figuring out where you want to go.

Money serves to push us in that direction. It’s hard to find freedom to do what we really want to do without money. I’m not saying it can’t be done….but money makes it easier.

So what’s freedom mean to you?

Do you see a trend here? Relationships and time are important and can’t be bought with money.

This site is dedicated to give you resources on what it takes to build passive income streams.

You can do what you want with your new found wealth but for me, it’s using it to free up my time away from the practice.

Passive income is so important that I’ve dedicated myself to sharing my personal experience on how I’m acquiring it so you too can do the same.

So I’ll ask you again. What’s freedom mean to you?

Are you ready to take the next step to freedom? Consider joining the Free Passive Investors Circle today. 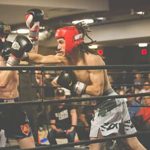