It’s a good chance that if you want something in life, there’s someone out there that’s already got it.

For instance, when I started this blog, I had NO CLUE where to start. Heck, I could barely turn on a computer.

This Louisiana redneck could navigate to the internet and that’s about it.

I didn’t worry and try to reinvent the wheel as I knew there were millions of other bloggers out there. So what did I do? I reached out to a handful of them and asked how they got started.

They pointed me to an online course which after competing, I was well on my way.

Using this same tactic, I thought it’d be cool to perform some research to find out what people would do with an extra million (tax free) in their pocket.

Now if you’re an avid reader to this site, you know that I’ve discussed the “millionaire” topic with:

Do you want to take a break from all the seriousness in your life and dream a little?

Let’s find out what others would do with an extra million dollars…..

What Would You Do With An Extra Million?

Did you pretend as a kid that you were someone else?

I maybe showing my age but I can remember dressing up like Rambo after watching First Blood in the 80’s.

It’s fun to imagine that you’re someone else but I realize as adults, those “pretend” days are long gone.

That is, until today!

I want you to forget about what’s going on in your life right now and pretend that someone just Venmoed you a million bucks (I’m not sure you can send that much but who cares?).

What would you do with it?

As you think about your windfall, let’s find out what others would do with it. What Would Americans Do With a $1 million Windfall? Here’s what a study from the Charles Schwab group found when they asked Americans what they would do if they were suddenly given $1 million:

Roughly 1/5 of those surveyed stated they’d save the money in a regular bank account. This is a great idea, especially if you don’t have an emergency fund in place.

Dave Ramsey recommends saving 3-6 months worth of living expenses. After we paid off our consumer debt, we extended our emergency fund to cover a year and a half of expenses. It all comes down to your comfort level.

About 1/4 said they’d take their million dollars and invest it.

Some of their choices were:

In the book Rich Dad Poor Dad, author Robert Kiyosaki teaches the rich don’t work for money, they make their money work for them.

The more money you have invested, the more it can grow for financial security.

More than a quarter of respondents said they’d pay off their debt (i.e credit cards, car loans, etc.) using their windfall. We used Dave Ramsey’s Debt Snowball once I finished my training.

We started with attacking the smallest debt (private student loan) first, then once it was paid off, moved on to the next one using the extra money we were paying before. It didn’t take long to see results using this method.

Over half of those surveyed stated they spend their money.

Most would use it for a new home followed by vehicles and travel.

What Would Dentists Do? As a periodontist, I wanted to know what my dental colleagues would do with an extra million.

Here’s a few of their responses:

There’s an old joke that I once heard that goes like this:

One farmer asks another, “What would you do, if you won a million dollars?” The other farmer thinks for a moment, then says, “I guess keep farming until the money runs out.”

Would You Give Up The Internet For a Million Bucks?

People were asked if they’d give up the internet (permanently) for a million bucks.

Here’s what they had to say: 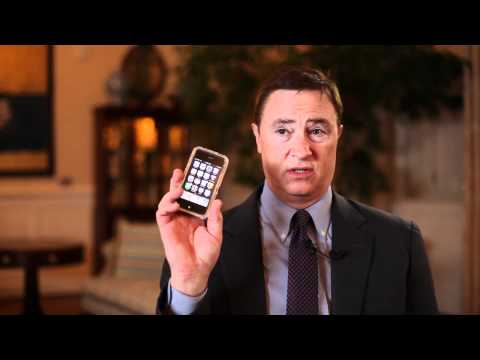 Is A Million Dollars Really That Much Anymore?

I remember growing up as a child thinking that a million dollars was an insane amount of money. Now don’t get me wrong, it still is a lot of money but not in the context of how I used to think about it.

Back then, all I thought you had to do was get a million bucks, retire and live the good life forever. Oh the good ‘ole days.

You’re well aware that a million dollars doesn’t go as far as it used to.

If someone had retirement plans to quit early on only a million dollars, they’d have to learn how to become super frugal adopting the minimalist lifestyle. What if you took the million and invested it in your local bank’s savings account?

The average national interest rate for savings accounts is 0.6%. Yes, you read that correctly, less than 1%.

Do you think you could live off the interest?

Investing one million in your bank would net you a whopping $6,000 a year.

What I Would Do

Depending on what stage I am (or was) in my life, I’d handle an extra million quite a bit different.

If I were to receive it now, most would go into the passive syndication bucket as the likelihood of it doubling in 5-6 years is higher than if I were to put it in the market.

Related article: Equity Multiple In Real Estate – What You Should Know

Here’s how I’d hand the windfall if I was taken back a few years out of training:

That’s right, do nothing. This is the same advice Dave Ramsey gives to those that call his show asking what they should do with a large sum of money that they receive (inheritance, life insurance, gift, etc.).

If you rush out and make rash decisions, then you’ll end up making mistakes. Instead, he suggests you sit on the money until you develop a game plan. Depending on your financial education, this could be anywhere from 3-12 months.

During that time period, park it in a checking account or money market account until you’re ready to  move forward. Creating a plan with specific financial goals is one of the first things I’d do during my “do nothing” period.

After training, I was already in the process of working the “debt snowball” so this money would have helped to greatly accelerate it.

We luckily didn’t have credit card debt, only student loans.

Getting rid of consumer debt as quickly as possible is the key to financial success whether you get a large sum of money or not.

Once we become debt free using the extra million, it’s time to beef up the emergency fund.

I’d actually increase it to having 18-24 months of living expenses in a money market. I understand that you don’t make any money while in these types of accounts but think of this as an “insurance” policy instead.

Knowing what I know now, I’d start the process of learning about investing in real estate (passively) much sooner than I originally did.

Honestly, I didn’t know much about it until well after I’d become debt free. I’d take $15K-$20K and commit to personal coaching and attending meetings and conferences. I’d also read books and listen to podcasts on a weekly basis (like I do now). If I’d started investing in passive real estate (syndications) shortly after I finished training, then we’d be talking about my financial independence at this point.

I had never heard of being able to invest in real estate passively early in my career.

I always thought that you had to find the properties, rehab them, keep them rented and deal with headaches from tenants.

This is the main reason that I never pursued this area to invest.

Yet, if I’d started investing passively in my mid-30’s, I’d have already reached FI and would possibly not be practicing at this time.

Whether you choose to invest actively or passively, that’s up to you.

Either way, consider getting started with learning more about investing by joining our Free group, the Passive Investors Circle.