Todd Tresidder over at the Financial Mentor once stated that “Freedom Isn’t Just Financial, And True Wealth Is More Than Just Money.”

There’s too many docs and other high-income professionals with the illusion that building wealth involves always wanting MORE so they can get better with a different lifestyle versus everyone else.

Unfortunately, if this is your view of true wealth, you’ll never find it nor financial freedom.

So, what does it really mean to have true wealth?

Before we answer that question, let me tell you a brief story….

The Tale Of True Wealth

I remember reading a story about two men, let’s call them Mr. W and Mr. B. Both were terminal patients in the same hospital yet neither knew one another.

Mr. W had more money than he could EVER spend. But unfortunately during the process of amassing his great wealth, he lost both his family and his health.

He was taught that working hard, no matter what, was the BEST thing to do in order to get wealthy. He was all alone, with no one to call or be with him during his final days. But at this point, he’d give it all up for just another year of living.

Mr. B, on the other hand, was the complete opposite. He didn’t have much money or possessions but he had friends and family that loved and supported him. Actually, most of them were by his side in his hospital room sharing old stories and memories with him during his final days.

Now my question to you is this, “Which of these two people experienced true wealth?”

Was it Mr. W with his millions of dollars, cars and homes with no one to share them with OR Mr. B who was basically down to his last dollar yet had great relationships?

It’s funny that when we get to our final days, how the important things that really matter come to light.

I think this is a perfect time in our careers, as we’re in the process of increasing our financial wealth, to broaden our definition of wealth beyond only financial terms.

You’ve probably heard the phrase that you become who you spend the most time with. Unfortunately, many of us neglect building relationships with those that truly love and care about us.

The best support system you’ll ever find is going to be close family and good friends. Building these great relationships with good people in turn will make you better.

Our best relationships we’ve made have come from our church’s life group later in life.

Consider investing in building relationships as much as or more than how you’re investing your money.

I once read a story where a 95 year-old bed-ridden billionaire asked a poor 30 year-old if he’d change places with him. Even though the younger man could never spend all of the money he’d receive, he still turned down his offer.

What’s the point of wealth without your physical health? Nothing. Unfortunately, too many people compromise their health while striving for wealth in their younger years.

Are you doing the same?

During an interview, billionaire Warren Buffett was once asked how he would describe the difference between getting rich versus being wealthy.

Whenever Warren talks, we should listen.

Unfortunately, too many people in the world today only strive to accumulate more money than they can ever spend. These types of people are caught in a fearful “scarcity” state of mind.

Related: “Scarcity vs Abundance Mindset – Which Do You Have?”

Sadly, they will never have enough because their entire self-worth is tied to what they have and not to who they really are as a person. I see this happen often to those that haven’t yet found their “true purpose.”

For them, the act of accumulating more money is only to gain power to acquire more stuff instead of making a difference in the world.

The older I get, the more I realize that “stuff” don’t matter much like it used to. As a father of two boys, my wife and I realize that the clock is ticking….we don’t have much time remaining with them under our roof.

I think this is one of the main reasons that we’d rather spend extra money creating experiences with them versus buying things.

We love traveling to Disney, snow skiing and visiting Montana in the Summer. The memories we’ve made with them are priceless.

How many times have you heard someone tell you, “I don’t have time to do.…”

We all get the same amount of time each day. I don’t get anymore than you and vice versa.

How are you using yours? Once you find your purpose in life, you can then get ultra-clear on what’s important.

By doing this, you’ll win the time game by prioritizing and balancing your life.

The Bible tells us to give thanks in all circumstances. I constantly stress this to my kids everyday.

Early in life, I NEVER gave thanks for anything. I guess that’s something that must come with age.

Think back to when you were younger. How thankful were you? Probably not as much as you are now.

Sometimes I give thanks that I can get out of bed without pain. Man I’m getting old!

Humans in general tend to be negative. Have you watched the news lately? It’s either negative or fake. Usually both.

Here’s a story that recently made the news regarding a teen in New Orleans that got off of his bike and helped a blind man cross a busy street. 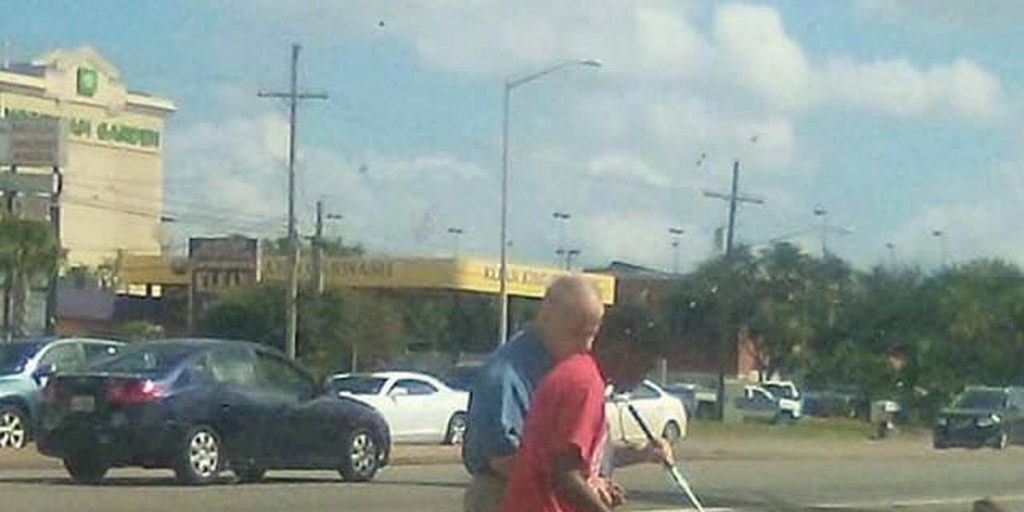 Even though this is a great story showing one person helping out a stranger, it’s sad that something like this would EVER make the news. Seriously, just how bad does it have to get where simple acts of kindness make the news?

To experience true wealth, train yourself to have a grateful attitude for things that occur to you on a daily basis, no matter how big or small.

Gratitude is simply a choice to become aware of the good things that are already true in any given situation and become consciously thankful for them.

Probably the greatest element of true wealth has to do with giving to others. How much difference are you making in others lives? Are you adding value or only taking it?

Generosity if the golden key that unlocks happiness. There’s no greater feeling that I personally have when I give to others expecting nothing in return.

A friend of mine asked me why I’m always paying for others’ dinner. I told him that it makes me happy. I enjoy it. For me, by giving happiness, I experience it too.

Now, I’m not saying that you have to go around buying everyone’s meal. It could be something as simple as complimenting someone on how they’re dressed or offering a kind word to them. There’s NOT enough of that going around these days.

Look, no one knows when their number is going to be called and their time is up. So make the most of what you have remaining by focusing on these seven elements of true wealth.