You failed your math test. Your football team was defeated last night in the playoffs. You lost your tennis match yesterday.

If you’re like most people, you probably have a bad relationship with failure. I know I have.

Look, I understand that nobody wants to fail.

For most people, the word “failure” brings up negative connotations. The world looks down on people that fail making them feel like they’re “no good.”

It’s for this reason that people will do all they can to avoid the risk of becoming a failure.  But have you ever considered what “failure” actually is?

The reality is that failure happens to everyone.

Winston Churchill said, “success is all about going from failure to failure without losing enthusiasm“.

The only thing that separates people who succeed from those who don’t is a proper understanding of the power of failure.

If you want success, then the best way is to learn from mistakes along the way.

If you give up at the first sign of failure then you’ll never find success.

For most people, failure isn’t the problem. It’s the FEAR of failure that is.

When you think of the word “failure“, what comes to mind?

The general definition of failure is nothing more than lack of succeeding.

This definition allows us to define personally what success means to us so we know whether or not we have failed.

But here’s the problem….we’re usually not too good at defining success. Because of this, we end up feeling like failures when in fact we’re actually the opposite.

Living in this manner doesn’t respect the effort we put into our lives. So now it’s time to make a change in how we think and redefine our lives.

Speaking of failure, did you know that:

Whether you realize it or not, failure happens to everyone. You can’t always win or get what you want. Sorry! But the key to success is how you react to and learn from it.

When you fail, you can either:

The sooner you start to embrace failure and use it as a stepping stone, then you’ll start to see an opportunity for growth.

The most successful people in life are those that are failing the most. Yes, you read that correctly. Not only are they failing, they’re also embracing that failure because they understand that it’s the key to success.

Failure forces you to find your full potential.

Speaking of success, let’s define what that actually is…

The definition of success means different things to different people. It can’t be defined alone by money or trophies collecting dust on a shelf.

Along with failure, success are ideas and values that change. To sum it up success has a personal component to it.

You experience success based on whether or not you’re meeting the standards that you’ve set for yourself.

For instance, what you feel as success or failure may not be similar to mine. Again, it’s personal.

I once thought about running a marathon (before my knees and back started to hurt). For me, success would be finishing that marathon but competitive runners that don’t win first place would call that a failure.

I tell my kids that they’re winners when they know they’ve given their best and lived that moment to their fullest potential.

Once you create personal goals, then you’ll know what it means to be successful.

Why We Need To Fail

If we’re failing then we’re trying. If we’re trying, then we’ve set goals that we’re working towards. And when we fail, it only means that we haven’t reached our goals yet.

“If you’re afraid of failing, you won’t get very far.” – Steve Jobs

To me, I think of failure similar to math problems:

As we continue to make mistakes and fail, this guides us on how and what we need to change before trying again.

Think about a boat sailing out on the ocean. The captain doesn’t set the course and hope and pray it gets to its destination. He needs to constantly adjust and re-adjust as it goes through storms, other bad weather and the current.

All of those fine tunings and changes that make the journey a success.

Failure is our “measuring stick” to show us just how far we’ve come.

If you don’t set BIG goals and go after them due to fear of failure, how will you ever know what you can accomplish?

He says that massive thoughts MUST be followed by massive action. This is nothing more than the pure domination mentality for extreme success.

Cardone states that sooner or later, you’ll experience fear when you start taking massive action towards your goals. I know I did once I started increasing the amount I was saving each month.

It made me uncomfortable having a large amount of money removed from my account monthly to go into savings.

Fear is actually a sign that you’re doing what’s needed to move in the right direction.

If you’re not experiencing fear, then you’re not taking enough new actions and growing in life. 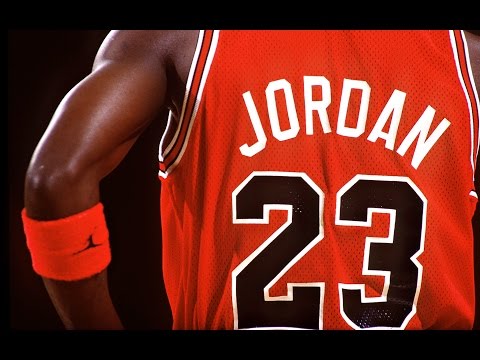 Here’s advice to make it easier to use failure as a step to success.

#1. Experience is the BEST teacher.

Were they born with the ability to be great?

But no matter who you are, it always takes practice, risks and many tries in order to perfect something.

Failure should be thought of as a necessary lesson that must be experienced in order to increased your chances of success.

Because you stepped out of your comfort zone and took a risk(s), you’re already on your way to being successful.

Even though it may not have worked out on the first try, you did something to better yourself and grow.

Understanding that nobody is perfect and nobody will ever proceed to achieve perfection. Once you realize that you’ll fail and make mistakes along the way will allow you the freedom to try new things.

Failure is a part of life that everyone will have to address at some point.

Be aware of learning from your previous mistakes. Try not to make the same mistakes twice.

Just because there’ll be times you fail, doesn’t mean you shouldn’t do anything to prevent those failures.

Failure can help create creativity and opportunity. When a person fails, new ideas, relationships and discoveries can be developed.

It causes you to reflect on the past and where you want to go in the future.

One of my first online businesses didn’t work out like I thought it would. Actually, I’m glad it didn’t because I took a step back and realized that it wasn’t my “true passion.”

During this time period, I found new opportunities (real estate investing) that has allowed me to create something that can provide value to others by sharing my personal experience of investing while still treating patients.

Once someone accepts the fact that failures happen to everyone, then that fact along can be a powerful teacher.

Success will come to those that embrace failure and are patient with continuing to work hard.

Once this happens, a person may realize that failure had to be a stepping stone in order for them to be successful.