Doctor suicide rates are on the rise. Over 1 million Americans will lose their physician this year to suicide. This was an alarming fact that I recently heard from The Doctor’s Show.

Here’s a brief segment of the show: 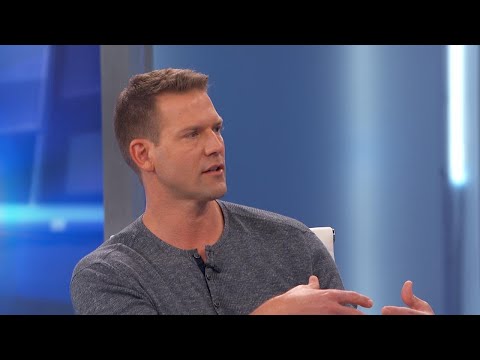 I’ve been wanting to write an article that addresses this issue but quite honestly have been putting it off…until now.

This week we received a phone call that nobody wants to get. Someone we knew took their life. He was a dentist down the street that our office shared numerous patients with.

This is the third dentist I personally knew that committed suicide. The first one was a periodontist that taught part-time during my LSU residency.

The statistics are telling us that something needs to be done…

It’s estimated that 300- 400 doctors take their own lives each year in the United States. That’s approximately the size of one large medical school class. That also equates to a doctor per day – the highest suicide rate of any profession.

Many attribute this to their “greater knowledge of and easier access to lethal means”.

Suicide is the second-leading cause of death in the 24–34 age range (Accidents are the first).

Why does this keep happening?

Why Do Doctors Kill Themselves?

Doctor burnout is a real threat. A new survey found that nearly two-thirds of US doctors feel burned out, depressed, or both, obviously directly affecting their relationship with patients.

As physicians and dentists, we’re known to be detailed-oriented (that’s one of the reasons for our success) and want what’s best for our patients. It seems that the more we try to help them, the harder the system makes us work to do so.

We’re constantly having to deal with insurance companies dictating treatment, keeping up with mounds of documentation and the lack of time given to see patients.

And these are all mandated things, and everyone ends up frustrated. The patient’s frustrated, but no one realizes how frustrated the doctors are.

Many of us bring this stress home daily (because we want to do good) and keep it locked up inside. We catch ourselves constantly thinking about it all the time.

All of these issues can create an emotional toll which leads to depression. One study estimated depression prevalence in resident physicians to be as high as 30%.

Doctors also face 10–20% higher divorce rates than the general public with many more dealing with marital and family problems.

As doctors, we realize that many of our peers, patients and family members count on us to take care of their health issues. Unfortunately, this can cause us to avoid seeking help when signs of depression arise.

We don’t want help because asking for it shows signs of weakness and we’re unsure of what it will do to our careers.

As a dental specialist, I see first hand how practicing can have a negative affect on our mental state. Many of us, including myself, have a solo practice. This can make it hard whenever we feel the need to vent our frustration to colleagues.

I hate going to the dentist

I can’t tell you how many times I’ve walked into the exam room to meet the new patient and the first words out of their mouth are, “I hate going to the dentist.”

There’s times when I wanted to ask them, “How would you feel if I told you that I hated seeing patients like you?”

Hearing negative comments from patients on a daily basis can take a toll on the best of us.

Another reason blamed for suicide among dentists are their personality traits. Researchers are finding that many of these traits that characterize a good dentist can also predispose them to depression, drug and alcohol abuse and risk of suicide.

Some of these traits are:

The stress of perfection is instilled in dental school and spill over into practice. This relentless pursuit of perfection working in a confined environment (the mouth) is a major cause of frustration and stress.

One of my instructors during training committed suicide. It was thought that he began having unrealistic expectations of patient treatment outcomes that led to his demise.

What About Economic Pressure?

Typically during the early part of a doctor’s career, their focus in on paying off huge amounts of student loans, setting up a practice, and purchasing a new home.

All of these costs can easily exceed $500,000. This economic pressure can allow bad habits to form.

Some examples include – developing a cycle of working long hours, getting used to working through lunch and beginning to feel like they can’t afford to be sick or take a vacation.

Many in a solo practice know that if they’re not seeing patients, the business is not making money.

The doctor who works all the time and never takes time off might make a higher a few more dollar initially but there’s a potential high price to pay – Doctor Burnout.

And when doctors burnout, they can become emotionally and mentally exhausted, develop a negative or indifferent attitude towards both their patients and their staff, and evaluate themselves negatively.

What Can We Do?

Mental illness can affect us all.  We either struggle with it personally or have family, friends, or loved ones that do. It’s important that this topic not go on ignored or undisclosed.

Jeremiah 29:11 “For I know the plans I have for you,” declares the LORD, “plans to prosper you and not to harm you, plans to give you hope and a future.”

If you start noticing that someone looks run down, burned out, has started drinking heavily or their personality has changed, reach out to them. Let them know that they’re not ALONE. Everyone has problems.

Take them to lunch and tell them that you’re concerned about them. Most people don’t get mad at someone that’s trying to help them. If they do, then so what? You’re looking out for their well-being at a point when maybe nobody else can, including themselves.

Sometimes they may only need to address a particular problem they’re having and need a sounding board to talk to. Other times it could be something more serious and may need your help to guide them in the right direction of where to go or who to talk to.

If you or someone you know is struggling with depression or has had thoughts of harming themselves or taking their own life, please seek help.

The National Suicide Prevention Lifeline (1-800-273-8255) provides 24/7, free, confidential support for people in distress, as well as best practices for professionals and resources to aid in prevention and crisis situations.

My good friend over at The Physician Philosopher recommends the AFSP (American Foundation for Suicide Prevention) as a resource for medical students and residents experiencing depression.

They also have a helpful video (below) that really does shed light on the issue.  Take the three minutes to watch it. 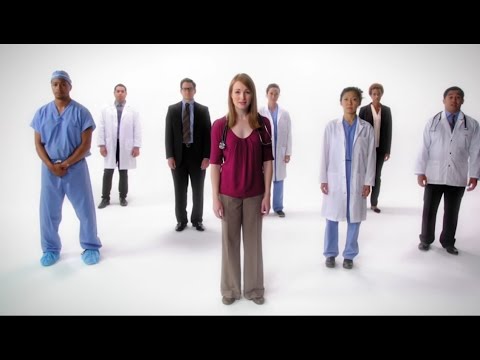 Here’s a few of my favorite Bible Verses when life seems to get us down:

Psalm 55:22  “Cast your burden on the Lord, and he will sustain you; he will never permit the righteous to be moved.”

Psalm 34:17  “When the righteous cry for help, the Lord hears and delivers them out of all their troubles.”

Joshua 1:9  “Have I not commanded you? Be strong and courageous. Do not be frightened, and do not be dismayed, for the Lord your God is with you wherever you go.”

Psalm 23:4  “Even though I walk through the valley of the shadow of death, I will fear no evil, for you are with me; your rod and your staff, they comfort me.”