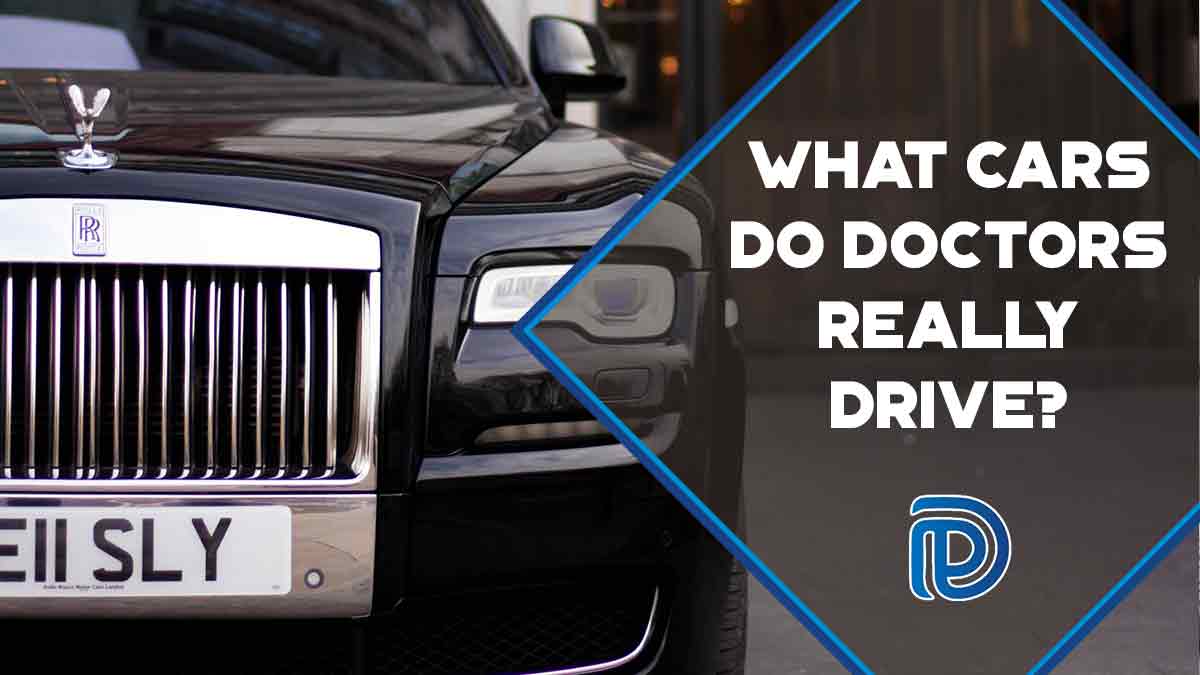 Occasionally during college I assisted my friend’s dad (general surgeon) in surgery at our local hospital.

I’d pull into the patient parking lot and walk by the “Doctor’s Parking Only” sign. It wasn’t hard to miss this section as it mainly consisted of:

I’ve never been much of a car guy but assumed that as a doctor making big bucks, these were the types of cars that you’d be “expected” to drive.

This principle is what started the “Doctor Car Myth” which states that a doctor must drive an expensive car to legitimize themselves as doctor.

Why? To the general public, driving fancy cars shows success. So this MUST be a sign that the driver of these cars are good, successful doctors.

It also states that if you drive a 30+ year old Buick Regal, you must not do well in your practice. And who would want to go to an unsuccessful doctor, right?

What Cars Do Doctors Drive?

There’s a rather large Reddit thread that addresses the “What cars do doctors drive.”

Here’s a few comments that stood out:

“Doctors make between 200-800k/year. Why do they drive econoboxes? Because they’re horribly overworked and want a car that just works.”

“I worked at a Starbucks that was next to a top 5 US cancer hospital while I was in college. The head cardiovascular surgeon used to come in every morning and I was shocked that he drove a 5 year old Dodge Dakota 4-door V8. I figured he just wasn’t into cars. Then he came in with his wife one weekend driving a current gen 911 turbo cab. That’s when it hit me that he drives the Dakota so he can always get to work in any weather and probably to keep the miles off his 911. Awesome guy either way though. Always tipped $3 for a $2 large black coffee.”

“My sister in law is a doctor, she drives an 8 year old Audi A4. She could easily afford something $500,000 or more, but she’s not much of a car person. She wastes all her money on stuff like investing, and completely paying off her mortgage.” (Wait, what?!!)

“The doctor’s lot at my hospital has a large range. A lot of Camrys and Accords but also a lot of luxury sedans and SUVs. The most expensive car that I see regularly is a Bentley Continental GT W12. We have a Honda Odyssey and a Mercedes E400 convertible but I was commuting in the same 2004 Nissan Sentra that I bought at college graduation until 5 years as an attending. Medical school trains you well for delayed gratification.”

“My grandpa was a doctor and he drove a 89 Ford F-350 dumptruck that he bought brand new. He said it was always funny to pull up to the office parking lot and everyone else was driving new BMWs/Mercs and then there was him.”

“Doctor here a few years out of residency. You’ll fine a huge variety for doctors. It’s really not much different than the general population. You’d be surprised how many drive older model Honda’s and Toyota’s. Many doctors just don’t care about cars that much. They just want something reliable and easy to maintain. I personally kept my Toyota Corolla going through residency and for a year after residency when I was trying to pay off a bunch of debt aggressively. I make about 20k/mo after taxes so car payment wasn’t a big deal and thought about getting something baller like a 911 or AMG GT. But at the end of the day I never wanted to be seen as a flashy guy so I’ve been leasing a 5 series for the last year. Nice interior, feels good to drive, but it doesn’t scream “look at me.” Of course you have your flashy neurosurgeons and orthos at every hospital who have exotic cars. If you see a lambo in the physician lot it’s probably someone from one of those fields lol. But most doctors really are more low key people outside of work and not trying to attract a bunch of unwanted attention.”

If you’ve read The Millionaire Next Door then you’d already know the answer to the question, “What cars do doctors drive?” Answer: The same as the “average” millionaires drove in the book.

Over 12,000 physicians were surveyed in the 2021 Medscape Physician and Lifestyle Happiness Report.

One of the questions asked regarded the type of vehicle they owned.

If you’re like me and thought that doctors usually drive some fancy, exotic import to work, you’d be wrong.

The reasoning is that doctors carry a high level of responsibility with their careers. And because of this, they tend to choose the most reliable vehicles.

According to Kelly Blue Book, Honda and Toyota are consistently awarded some of the most reliable vehicles and least expensive to maintain.

It appears that not all doctors fit the “rich doctor” stereotype usually portrayed on TV and are really quite practical and frugal in the types of vehicles they own. After Toyota and Honda, the survey showed the next four most popular brands to be:

Except for Subaru, these are the more stereotypical cars one would expect high-income earning physicians to drive.

However each of these holds less than 10% market share among the group surveyed.

The MDLinx site gave recommendations based on one of the more popular finance blogs, Financial Samurai.

He has a 5% rule used when purchasing a vehicle. It states that you can afford a car that costs 5% of your net worth.

If you don’t know how to calculate your net worth, subtract your liabilities from your assets.

Net worth: $0 or negative

Not much to mention here if you’re in this situation except:

Once you hit this category, the Financial Samurai’s model allows you to spend a whopping $5K on a car (sorry, no luxury cars for you).

This is similar to the advice Dave Ramsey gives to those that call into his show asking how much car can they afford.

At this point, you’re almost able to purchase a new car. The model allows for your car budget to go up to $20,000.

What can you get in this category? You’re looking for reliable, economical cars. Examples included a2018 Mazda CX-5, 2019 Kia Forte or 2019 Honda Civic.

Once you reach this category, the Financial Samurai recommends a $37,500 budget and stick to a four-year-old car.

Once you reach this milestone, you’re now able to purchase your first luxury brand car.

At this point your car budget also goes up to what most new cars list for..$62,500. You shouldn’t have any issue with finding a vehicle for this price point.

Now I want you to think about what you spent on your car and what your net worth was at the time of purchase.

I can almost guarantee you bought more car than you should have if you’re using these guidelines.

Think about that for a moment. It’s going to be hard to build wealth under those circumstances yet it’s the “norm” in today’s culture.

My grandmother always used to tell me to “make good decisions“. Not a bad piece of advice. In Ramit Sethi’s, I Will Teach You To Be Rich book, he has a method of buying anything expensive.

He feels that you should be able to buy the extra things that make you happy as long as you:

Not only does this include vehicles, it also includes upscale dinners and expensive clothes.

That’s enough to max out retirement accounts with plenty left over for living expenses along with extra things.

Here’s a different twist for you regarding not only buying cars, but any other type of luxuries that may catch your eye.

I have to give credit where credit is due. This idea game from real estate guru, Grant Cardone.

You can see a more detailed explanation from him here: 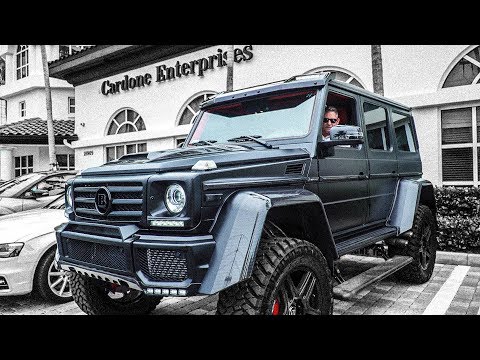 His method is quite simple when you think about it. Instead of buying expensive “BS” from the earned income from your 9-5 (which is the highest taxed income you have), buy these things from PASSIVE INCOME.

Not only is this income taxed at a LOWER rate than active income but it’s a smarter way to pay for your “toys”.