We typically here the term “one percenter” tossed around rather loosely in the news these days. So, who exactly is a “One Percenter?”

We know for a fact that those that fall into this category own the majority of the world’s money.

I don’t know about you, but that’s a pretty cool category to obtain membership to. So just how do we get into the world’s top 1%?

Actually, there are several factors that go into getting acceptance into this elite club. After doing a little research, I’ve identified 7 things you may not know about them. So let’s take a look shall we?

1. The Adjusted Gross Income for the 1%er

If you “google” one percenter income, you’re going to find out that the latest data from the IRS, which looked at the income stats for tax year 2015, put the adjusted gross income (AGI) to be in this category is at minimum $480,930.00.

Out of 141.2 million total individual income tax returns in 2015, 1.4 million of them made it into this category. If you expand this research out from the U.S. and include the entire world, you only need to earn around $35,000 per year.  This is due to including the number of developing countries and poor people around the world. I guess we have it pretty good after all here in America.

Reminds me of a line in an old Phil Collins song, “It’s just another day for you and me in paradise.”

2. The Average Adjusted Gross Income (AGI) for the 1%er

So even if you do happen to make it into this group, you still maybe well BELOW their average…at least I am anyway.

Now that we have defined who falls into this group, just how do they get there anyway?

It amazes me whenever I ask some of my friends what they’re reading and they respond, “Read? Who has time to read?” Maybe that’s why they’re not in the 1%? Anyway, reading is something that all of the 1% have in common.

What do they read? Most don’t read for entertainment, they read for education. They are lifetime learners.  Looking back on my dental school and college days, I read mostly for entertainment. If I could hop into a time machine, that is one major change I’d make – read books on investing, sales, marketing, & customer service.

I workout at our local college’s activity center. I try to make it a point, whenever I see one of the student workers mindlessly searching the internet or watching movies on their smart (dumb) phones, to recommend that they watch one of the greatest speeches possibly ever given to college students.

It’s by Jordan Peterson and here’s a 10 minute excerpt from a longer speech he gave to a group of Harvard students: 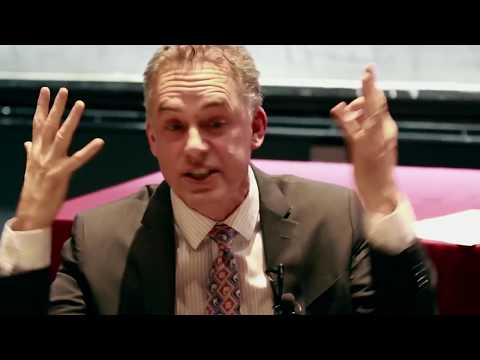 The video begins with a Harvard student asking Mr. Peterson what advice he would give other students that want to make a difference in the world after they graduate.

Guess what else he mentions? The 1%. Actually he claims that the 1% are not greedy bastards as most think they are. He also explains why college kids are not richer than they are. It’s because they are young!

As a side note: If you are a good steward of your money it will grow. That’s the wonderful power of compound interest. Give it enough time & it will grow rather large.

4. The 1% Hang Out With Other Successful People

The Bible teaches us a lot about associating with wise people:

Proverbs 12:15 “The way of a fool is right in his own eyes, but a wise man listens to advice.”

Proverbs 11:14  “Where there is no guidance, a people falls, but in an abundance of counselors there is safety.”

Proverbs 15:22 “Without counsel plans fail, but with many advisers they succeed.”

It seems as if those with one percenter income may read their Bibles more than the other 99%?

Thomas Corley states; “The rich are always on the lookout for individuals who are goal-oriented, optimistic, enthusiastic, and who have an overall positive mental outlook.”

These are people who can open doors for you. They are individuals who are either trying to become the 1% or are the 1%. These 1% have powerful relationships with other 1% individuals.

To cultivate these relationships, he writes, wealthy people do six things:

The 1% are “obsessed” with developing and pursuing goals as you can imagine.

Maybe this is why many of them are also happy too? Think about it. Are you happier whenever you set and hit goals throughout life?

One of my goals for this blog was to create a new post once a week. I haven’t always met this goal but realize I’m quite happy and satisfied when I do. 🙂

Pursue Long-Term Goals– Most of the 1% also pursue a long-term goal or some dream. This is what really drives the disparity between the 1% and the other 99%.

Sorry late sleepers. If you want to join the ranks of the 1%, plan on hopping out of bed 3 or more hours before you begin your work day.

Why do they wake up so darn early?

Think about it. We deal with inevitable daily disruptions, such as:

Many times we deal with these disruptions so often that we form the belief that we have no control over our life.

Getting up several hours before going into work allows us to tackle the top three things we want to accomplish in our day which helps to regain control of our life. This helps by giving us a sense of confidence.

I’ll confess. I don’t wake up 3 hours before work, but the hour and a half I do wake up before I head off allows me to spend some quiet time reading, praying and getting my mindset right for the day. It also allows me to spend time and help with the kids getting them off to school. It’s amazing how fast time goes by. In just a few short years, they’ll be in college. If you have kids, you know first hand what I mean!

Have you ever noticed how much easier it is to focus on the negative instead of the positive or all that we’ve been given? It’s simple to be a negative person. Read any newspaper or watch your local newscast. What do you see? That’s right. Negative news sells. Rape, murder, & corruption is what draws people’s attention so it’s an endless cycle and one that can easily turn your thinking to it.

Focusing on this type of thinking—which ultimately steals our joy and limits creativity—is practicing gratitude. This is the main reason the 1% focus on being grateful for what they have. They know that by doing this, they can transform their life from one filled with limitations to one filled with unlimited opportunities.

Consider taking time out of your day to practice gratitude. It’s simple. “Thank you for this food, water, health, or thanks for protecting me from that irresponsible driver that cut me off in traffic!”

Do you have what it takes to become one of the 1%?

Focus on their habits and you’ll be well on your way.